Gratitude for the Master Communicators Among Us

“Be kind, be honorable, be good to one another, and committed to good citizenship and causes that matter to our communities, country, and the world ...” That was how Michael Krasny, longtime beloved host of National Public Radio’s “Forum,” signed off on his final broadcast on the morning of February 12.

After 28 years of interviewing the famous and not-so-famous—from writers, artists, thinkers, politicians, and scientists, to people doing amazing things in their communities—Michael Krasny has retired. Like countless grateful listeners, I will miss his powerful, humane intellect. I will miss those driveway moments when I sat, enthralled with the dialogue he was having with his guest. Michael Krasny didn’t shy away from the tough questions and could be insistent about getting an authentic answer, but he managed to do it in a way that was always gracious, always respectful, and with a calm civility that always impressed me.

To me, Krasny is a shining example of what we should all aspire to when we communicate, no matter the setting. And I’m proud to say, his approach mirrors what we as a company value the most, as we work with those who come to us to find their voice, their message, and the best ways to communicate with others.

Preparation. If Krasny was going to interview a writer about a new book, he actually read the book. He didn’t rely on a handful of publisher’s notes or reviews—or worse, no prep at all.  He cared enough, and was committed enough, to do his homework.  I see such a corollary in something we stress in our workshops:  know your audience.  In other words, like Krasny, know who you’re communicating with and do your best, beforehand, to understand what their perspectives and concerns might be.

Deep listening. It was always clear from the incisive questions he asked and comments he made that Krasny was really, really listening to his guests. That kind of deep listening has a magical impact on people, as they realize they’re being heard and acknowledged, even if the listener disagrees with their opinions. Whole vistas of creative, productive dialogue open up when we open ourselves to truly understanding what the other is trying to say.

Inclusiveness. NPR arguably sets the standard for at least trying to deliver balanced perspectives, but I think Krasny’s Forum did it best.  He invited different, often radical perspectives and underrepresented points of view, and did his masterful best at being respectful.  How refreshing and deeply moving it’s been for me to listen to such balanced, important discourse that strives for truth and understanding—especially in recent years. Krasny said in that last broadcast that his goal, from the beginning of Forum, was to attain a “fair and high-minded level of discourse.” High-minded, as in, let’s take the high road. I think about how much more we achieve, in the work world for example, when we strive to take the high road when we communicate and collaborate.

Authenticity. People are often much more sensitive and intuitive than we give them credit for. They sense insincerity and phoniness, even if they can’t put their finger on “what’s wrong with this picture?” One of the reasons Krasny was so well-respected was because he was so authentic. Most important, his authenticity gave his guests permission to be authentic themselves. That’s how the best communication works. People are much more willing to listen and consider your message—even if you make mistakes in the process—if they see that you’re being genuine.

Over the course of the hour-long final broadcast, in which Krasny was interviewed by NPR’s Ron Elving, they took about a dozen calls from listeners who wanted to thank Krasny for the impact his broadcasts had had on their lives. Several of them were immigrants, and one, a man from El Salvador, touched me deeply. He talked about how, during the time he was studying for U.S. citizenship, he listened to Forum, and was forever grateful for the real-life education he got from the topics and people Krasny had on his show. You could hear in his voice how much Krasny’s curious, honorable, inclusive sensibilities meant to the caller.

“Be kind, be honorable, be good to one another, and committed to good citizenship and causes that matter to our communities, country, and the world...”

What a legacy, and what an example for us all. 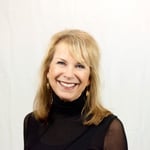