Behind the Scenes of TED Presenters

TED Talks — an acronym for Technology, Entertainment, and Design — are almost universally considered the gold standard for successful public speaking. Curated by author and entrepreneur Chris Anderson and the TED leadership team, videos of TED speakers at conferences routinely go viral, racking up millions of views from all over the world.

What unites all these different figures? They have all harnessed the most effective presentation skills to deliver persuasive, insightful, funny, emotional and — most importantly — compelling speeches to rapt audiences on the TED stage. Here is a guide to what makes a TED talk so engaging and what tools subject matter and technical experts can use to make their own presentations as compelling — straight from the experts themselves. 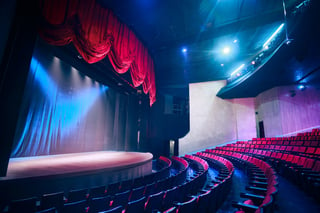 TED presenters are some of the most fascinating, intelligent people in the world — but that doesn't mean they are all seasoned public speakers. As with any subject matter expert, presenting experience runs the gamut from old pros to relative amateurs. That's why we have three coaches on our team who have specialized in preparation and refinement of their high-stakes presentation.

Gina Barnett, longtime TED speaker coach, urges presenters to begin drinking water 15 minutes before a presentation is slated to begin. Why? Because a dry mouth can trip up even the most prepared speaker, causing issues with pronunciation and unpleasant mouth noises. Even if you have water on stage with you, it takes a few minutes for your body to become hydrated, which is why it pays to start drinking water before you hit the stage.

Slides are a commonly incorporated element of TED Talks. TED presenters typically do not use teleprompter or notes, but they do offer "confidence monitors" at the feet of presenters. These allow presenters to glance down at see slides or notes without calling attention to itself. However, some TED speakers like Jimmy Guterman report that relying on these monitors can actually disrupt the connection with the audience. Of course, as with any slide presentation, technological disruptions and errors can undercut the presentation, which Improv Everywhere satirized in their own talk, "A TED Speaker's Worst Nightmare."

Getting Stuck in The 'Valley of Awkwardness'

"Most people go through what I call the 'valley of awkwardness,' where they haven't quite memorized the talk," Anderson told the Harvard Business Review. "If they give the talk while stuck in that valley, the audience will sense it … Getting past this point is simple, fortunately. It's just a matter of rehearsing enough times that the flow of words becomes second nature."

TED pulls presenters from a global pool of talent, meaning that many audience may be encountering a unique accent for the first time. Barnett says that — while "[o]ur ears are trained to adjust to accents" — there is typically a learning curve for audiences. She recommends starting a presentation slowly and with careful enunciation to give an audience time to adjust.

TED Talks are capped at around 18 minutes in front of the live audience — but most are rarely over 15 once they're presented online. This is because a shorter, concise talk typically can grab and keep a virtual audience more effectively. TED Talks are often edited down to improve flow and emphasize emotional beats.

'The Most Physical Act Onstage'

Movement plays a big role in TED presentation. Barnett tells speakers to beware of repetitive movements, saying it can "set up a lullaby pattern" that will tire out your audience. She also says you can walk the stage, "but not pace." She says that coming closer to the audience, "with intention and purpose," as your speech demands is acceptable. However, Anderson says another physical act is more significant:

"Perhaps the most important physical act onstage is making eye contact," Anderson commented to HBR. "Find five or six friendly looking people in different parts of the audience and look them in the eye as you speak. Think of them as friends you haven't seen in a year, whom you're bringing up to date on your work."

As you can see, many of the tactics used to create an unforgettable TED Talk can be harness to make your executive presentation just as compelling. Take lessons from the best and your next presentation can be just as arresting!

Related Blog Posts: Reading, Speaking, Conveying: The Art of the Teleprompter, Hook, Line, and Sinker: Grabbing Audience Attention with a Great Opening, Five Proven Tips for Greater Vocal Impact, Warm Up Your Voice for Credibility, Connection and Influence , How Can Anyone Be A Compelling Storyteller

kent holtorf
interested in applying for a TED Talk